When we look at flowers we automatically think – productive, pollinator friendly, healthy plant.  Well, nothing is black and white – I love that part of our existence on this planet!!  This segment looks at the relationship between us, plants and pollinators to see how dynamic the whole picture is, and how we should approach our participation in the dance. 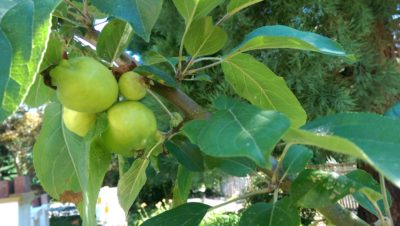 First, let’s look at plant health – specifically the flowers, since that’s what we typically see when we form an opinion about how they’re doing.  Flowering plants are in good shape, and withering plants are in bad shape.  That’s a pretty fair analogy to the extremes, but when you look deeper it’s about the inter-relationship and what the flower means to the plant and the pollinator.  The flower, all in all, is a “carrot” – the plant makes the flower specifically for only one reason, reproduction (flowers make fruit and fruit turns into seeds).  The plant makes pretty, nice smelling, sugar laden flowers for the same reason – to entice the pollinators to come and fertilize the seeds since they’re not capable of doing it themselves.  In some cases they allow the wind to help them out (grapes for the most part) or other carriers (birds or other insects).  So, the point is – flowers are for attracting pollination labor.  They make nectar in the flowers for the same reason – to attract a certain type of labor, bees!

Now that we’ve talked about the why, let’s look at the how.  How is a lot of work for the plant, but it ensures the survival of the species so they give up a lot of photosynthesis to put sugar and water into the tips of their stems and branches to make sure they attract the right pollinator.  To do so takes resources away from the plant to build a better root system, more branches or leaves, or more flowers.  They martial out the resources not only based on how much the plant can afford to give up for it’s own success, but also based on the local conditions.  The plants when challenged with a lack of resources (food or water), will conserve to be able to survive and fight again the next season.

There’s the how, it’s time to look at the dynamics of the local conditions and how that affects both the plants and the pollinators and how we get involved.  Locally, in my base apiary, there was a reduced rainfall this June of more than half an inch of water.  That’s pretty substantial when you look at soils that are pretty much sand, and water retention is almost zero.  That said, the rainfall deficit in another apiary south of  our island had less of a deficit (almost 1/4″).  One put honey in the boxes, one did not – can you guess which is which??  YUP, the less rain, the less nectar, the less honey……and the madness goes on!! lol  In another yard on the north end of the island they almost took no supplemental feed at all during the blackberry flow.  Means that they had more rain – the flowers were filled with nectar.  It’s so individual that one colony will be nectar bound (frames of comb filled with so much nectar that there’s no place for the queen to lay eggs!!), while the one next to it could be starving.

So, how do we cope and how can we help?  Coping is difficult, the honey bees that are managed can get supplemental nectar from the people who take care of them, but the native pollinators??  Bumbles, Masons, etc.? …..well they have issues and their numbers will decline with the resources they have at their disposal.  How can we help?  When the season is past the large nectar flow (here in western WA it’s the blackberries in June), they start to hit the smaller nectar sources (white clover, dandelions, yard flowers).  This is when they need us most!  The most helpful thing we can do is to water our gardens so the blooms are flush with nectar, let the clover grow in the yards and along the roads, and not mow the dandelions (wait until the dearth is over end of September) until they don’t need them anymore. 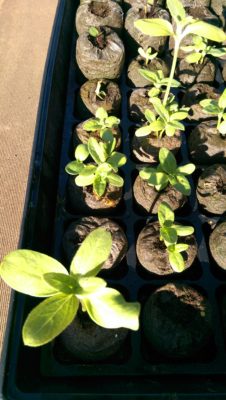 Sunflower Starts for the September Dearth

Planting pollinator useful plants for next year is a proactive way to support them, as well as not tearing out noxious weeds until you’ve planned and planted a replacement for them (a one for one removal strategy).  Right now the butterfly bushes (not a particularly bee pollinator type plant, but great for butterflies and other pollinators), asters, California poppies, honeysuckle, veggies, and roses are blooming like crazy in my yard.  Water the plants when they don’t get rainfall and the pollinators will thank you for it!!

Bee blessings to All!! 🙂