Toxins – The Threat from Within and Without

Home/Educational, Health and Welfare/Toxins – The Threat from Within and Without
Previous Next

Toxins – The Threat from Within and Without

We think of big chemical companies when we think about pollinators and the toxins that affect them, but we may want to hold some of that responsibility closer to home.  We, as individuals, after all are the biggest user of chemicals on the planet.  When confronted by toxic chemical insult the bees rarely make it home alive, but when they do – it’s a heart-wrenching and gruesome death to witness.  Most of the toxins they come in contact with out in the world are of three categories generally; insecticides, pesticides (similar but different), and herbicides.  All have their toxic effects on insects and since honey bees collect both nectar and pollen from flowers, they are usually the most affected.  There’s a cumulative affect as well that occurs when they bring low doses back to the nest and it accumulates in the wax comb for honey bees, or nesting material for other pollinators. 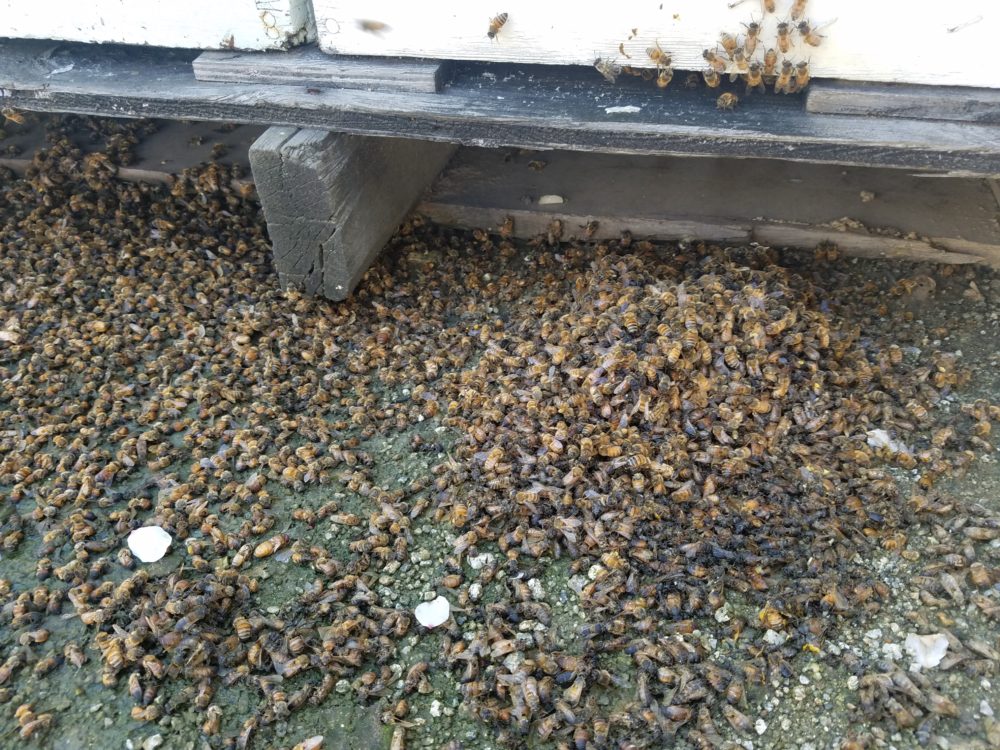 Die Off In Front Of Hive – Almond Pollination Hives

Although insecticides are a subset of pesticides they use a very targeted and specific killing mechanism.  Insecticides are agents that kill at the larvae and egg stage of the development of the insect – we use these all the time when the county sprays for mosquitoes.  The agent they use is non-toxic to bees since it is an agent that is specific to the hormonal development of the mosquito larvae alone, and no other insect can be affected.  They also apply it to water sources (where the larvae develop) so that access is controlled for all other animals.  A pesticide is a more generic toxin – it kills at the individual adult level, most of the flea and tick products are pesticides.  Herbicides are not specifically formulated to kill insects, but the chemicals used are sometimes toxic to pollinators depending on the mode of ingestion/contact and the concentration of the chemical….think bleach – it’s not formulated to kill a person, but if you drink it, it will kill you. 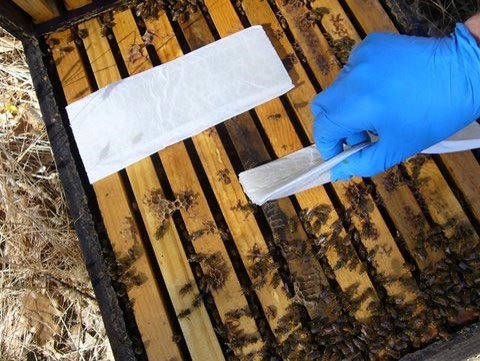 As we apply responsibility across the board for chemical stresses on pollinators, the last of it falls on the beekeeper.  We have an insurmountable task controlling the mite that has caused the majority of the losses of bees in the last 25 years.  In controlling the mites we apply chemicals directly into the hives.  Yes, we put chemicals inside the hives to kill the mite, some are more potent than others and we’ve learned how to control the dosage so the little bug (mite) is killed that dwells on the big bug (honey bee) without killing them both, but the bottom line is, we are adding chemical stress to the system.  The challenge is that with having to control the mite there is no other way to keep the honey bee population stable.  The losses year over year even with intervention have been upwards of 40-50% in the state of Washington alone.  Some places are worse than others (I’ve heard reports out of Tennessee this year that areas have lost 90% of their bees). 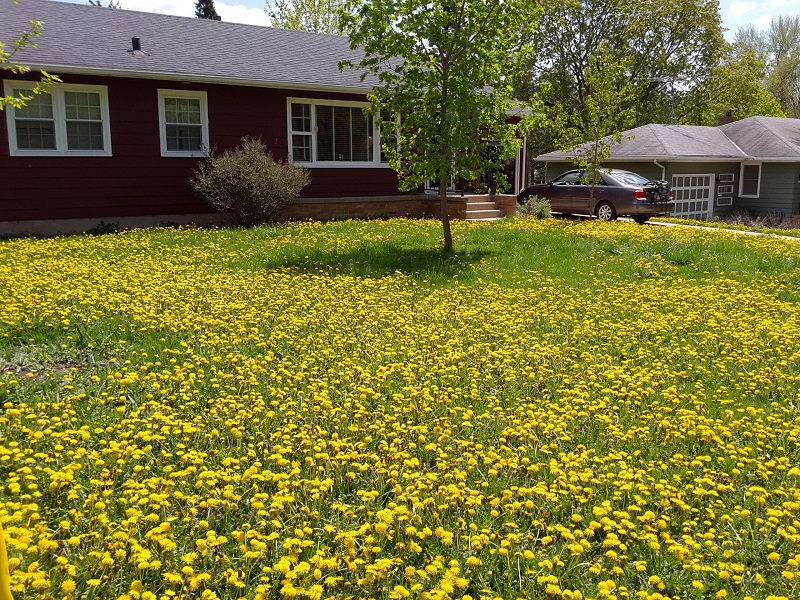 This guy gets free honey!!

Without getting into a public debate over environmental causes, there is a place for agricultural enhancements and a better way to do it – and honestly I think most farmers are trying really hard to control what and how they apply chemicals.  However, while big chemical and big agriculture duke it out over money and the costs of growing food more efficiently on less dirt, the real issues are that the toxic die off of pollinators in the world that most of us live in happens due to a yard or garden that’s sprayed indiscriminately.  Dandelions and clover in the yard aren’t popular in most suburban settings, aphids and grubs eat things that they aren’t supposed to, and crawly things come into houses that freak some people out….I get it.  I hated the cockroaches in Texas crawling on the walls at night when I lived there!! lol

So, what’s a normal, conscientious, environmentally aware person supposed to do?  We can’t control the need for chemical inputs to kill the mites, and we can’t change big agriculture.  So, here are some suggestions on things that the average person can do to tip the scale of stress on our pollinators down instead of up:

There are lots of ways to reduce the impact of our lives on the environmental systems we inhabit…..just be aware there are little folk flying around and they need you to know that they are there.